“When you make an individual responsible, he awakens, acts and lives.” 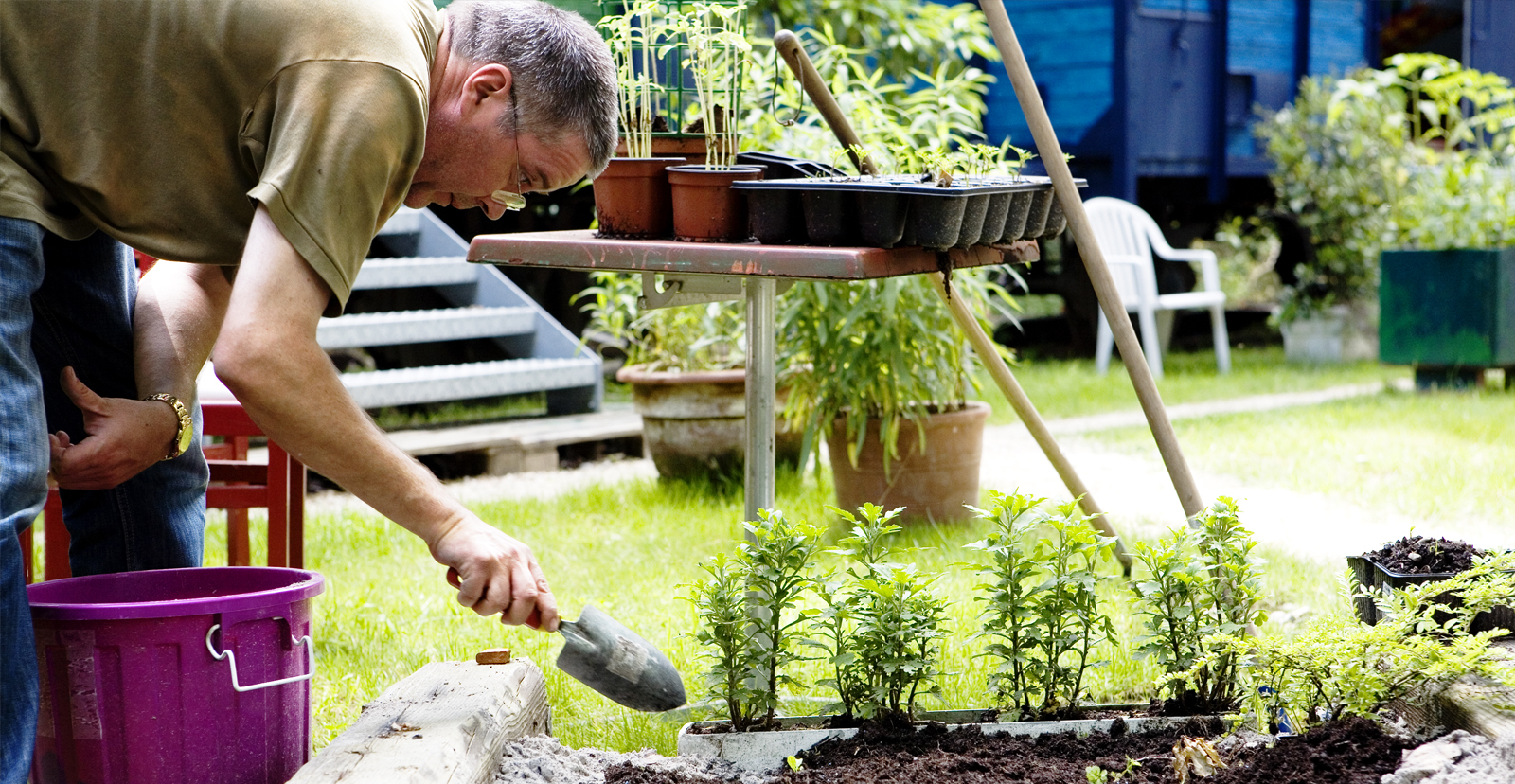 “Here you can forget your everyday problems,” says Aziz, 44.  Aziz is one of the beneficiaries of the Hameau des Chemineaux: a Recreational Village for Underprivileged People project. “It’s where you go on holiday, and never run out of things to do.  It’s like a playground: we play cards, checkers, pétanque, and soccer.  There is something fun or relaxing to do for everyone,” he adds.

“What motivated us to create this space was the ambition to give those who live hand-to-mouth and don’t have a house a renewed desire to get up in the morning,” explains Nöel Constant, founder of Carrefour-Rue, our partner in this project. This is the desire that Jean Pierre found  – at the age of 69 – sitting in the shade of the Mouilles woods, among the transformed wagons that are now a vacation village.

The day of his retirement, Jean Pierre decided to move out into the streets of Geneva and live like a homeless. He spent eight months on the sidewalks and in stations. Guillaume Taramarcaz, one of the Association’s social workers, says that “in Switzerland, poverty is more a relational problem than a financial one.”

Jean Pierre is the unofficial “custodian” of this place.  When he wakes up at dawn, he goes on a brief reconnaissance mission of the area and sweeps away the leaves brought in by the overnight wind.  “I’m the son of a farmer.  I feel at home outdoors,” he says.

A cook by profession, Jean Pierre enjoys organizing the cafeteria, “it’s kind of a pastime for me,” he comments.  In a little patch of earth he planted a herb garden.  “I like helping others,” he says, smiling.  These others are his friends from the street, the city parks, or anyone marginalized around Geneva. He expresses only one wish: “I’d love to end my days here, helping others like those who aided me.”

Ben, 35, also lived on the street for many months, with his nothing other than his bag pack.  “You can’t work calmly without knowing where you are going to sleep at night,” he says. The General Hospice of Geneva even paid him a room at a hotel for some time, but eventually stopped because it was too expensive.

“Hotels dismantle people,” states Noël Constant, who agrees on the Hospice’s decision. What he condemns though, is that no other housing option was offered to Ben. In his own words, “they improvise too often, our society doesn’t prepare the ground, nor cares about how all the people living in instability feel.”

Brought up on the streets of Mâcon at the outburst of the Second World War, Noël Constant has always rejected social assistance.  He and his brother refused to be taken in by social institutions while growing up and now, after 40 years of experience in the social area, his ideology continues to be: “When you make an individual responsible, he awakens, acts and lives.”

This is the driving idea behind Carrefour-Rue and the Hameau des Chemineaux, to give people back their responsibilities, their independence, their lives.

Everyone in the recreational village of Hameau des Chemineaux is able to find a moment of leisure and psychological well-being. Those who are here “get a chance to re-examine personal issues that have been neglected or tucked away out of the daily need for survival,” concludes the founder of Carrefour-Rue.

Providing material assistance is essential, but not sufficient.  People in need require, first and foremost, self-awareness and trust in how they can contribute to their communities.