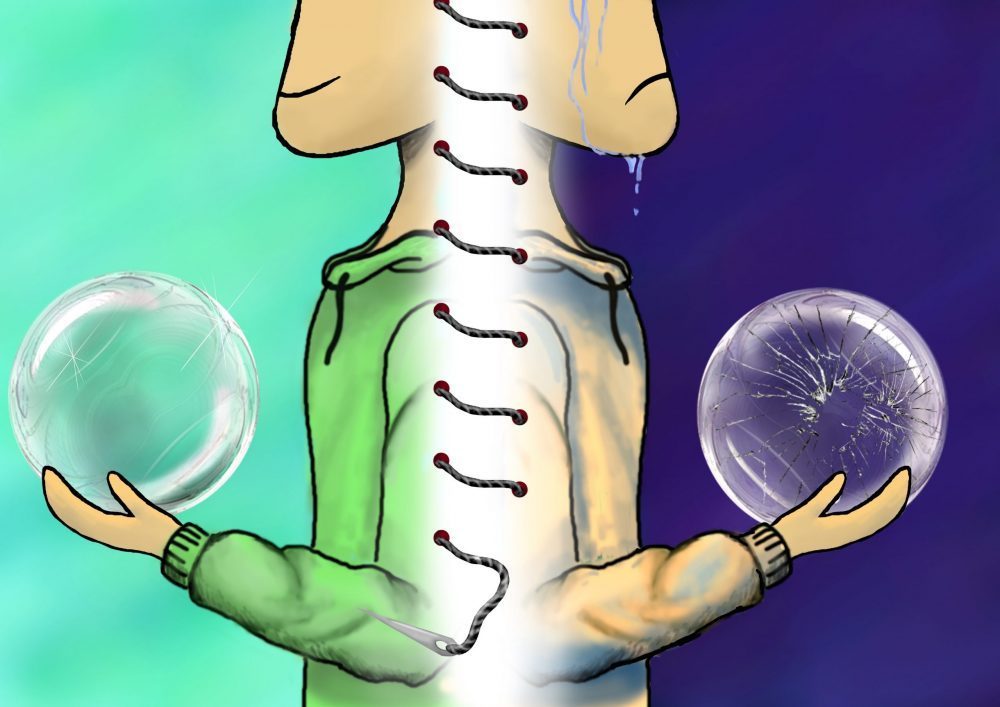 Since his early childhood in Romania, Robert can remember being alone. At elementary school, he avoided social interaction and was ignored by other children and excluded from their games. Things took a turn for the worse in middle school when Robert’s peers began picking on him and teasing him about his looks. By the end of his first semester in 8th grade, Robert’s grades had started to suffer. He felt like the future was bleak and held no opportunity for him.

Then something changed. Robert discovered he had a passion for art, and found out about an art school in the Romanian city of Cluj. Determined to carve out a better life for himself, he delved into his studies. After several months, his hard work paid off and he was accepted to art school.

Attending the Mental Health Literacy Program facilitated in his school by our partner Fundatia Inocenti, Robert, with the support of psychologists, has been able to gain a deeper understanding of his past, himself and the people around him – insight that has helped him forge a path full of hope and healing.

Art has continued to play an important role in Robert’s journey of self-discovery and personal development, giving him an outlet to express his feelings and share his story. As part of Fundatia Inocenti’s Mental Health Literacy Project, his work, “Sewn and United – the difficulties and joys in our lives,” was featured in a 45-piece exhibit created by other students.

Robert’s painting poignantly depicts his backstory. “In it, there are two silhouettes which actually represent the same person,” he describes. “One (the good side), owns a closely cared for, shiny glass globe, which somehow holds strength and hope, and the other (the mean or sad one), owns a broken globe, which contains the scars of a difficult past, with disappointment and lack of hope.”

Sewn together with a needle and thread, the silhouettes are united. For Robert, this illustrates how hope makes life’s obstacles easier to overcome. While his journey has been full of challenges, that shiny globe reflects the power of positive thinking to create a better, brighter tomorrow.

“Life is sometimes difficult, but it is from these difficult parts that you can learn and make it feel more beautiful and easier.” – Robert

Carlo’s recovery through poetry and theater