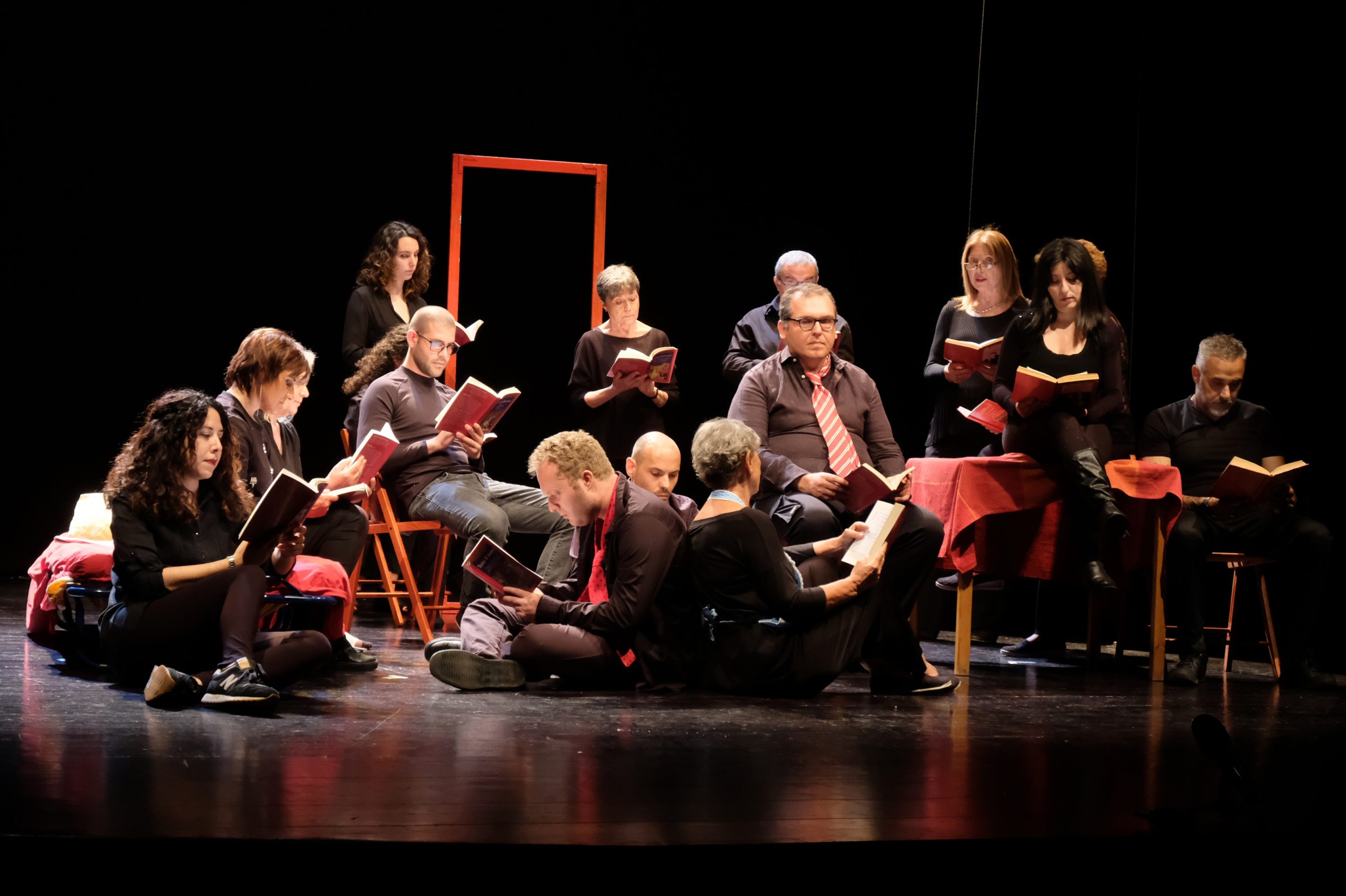 At Fondazione di Liegro the suspension of face-to-face activities with the closure of the headquarters during the Covid-19 pandemic was felt widely, but for some more than others. The interruption of appointments and the impossibility of meeting in person to greet each other warmly, were unexpected events that shook a fragile balance for some individuals.

This is exactly what happened to Gianluca.

Gianluca is 38 years old. Two years ago the operators of the Mental Health Center who followed him in his therapeutic rehabilitative path advised him to attend the activities run by Fondazione di Liegro. Gianluca immediately demonstrated a natural predisposition in using artistic language. In the painting workshops he used colors confidently, almost exaggeratedly, sprinkling his face, hands, and arms. His debut in the theater workshop left his cohort amazed and it was clear that his choice of songs to be interpreted during the rehearsals reflected the depth of his inner world. He interacted with the other participants and with the volunteers as if they had always been art colleagues and immediately established a particular relationship of trust with the director. Always attentive, he participated in everything that happened while his enthusiasm was so contagious, it became a catalyst for the group.

Gianluca is a very affectionate person and the kisses and hugs he gives out when meeting make what he feels internally, tangible. But, the enthusiasm for being together is accompanied by a strong sense of loneliness and when Gianluca finds himself at home alone, a strong temper and negative thoughts risk taking over.

Early on during the quarantine period, the Foundation set up virtual appointments to monitor the effects that the emergency and isolation imposed on the most vulnerable people. The use of digital devices had been of great help in maintaining contact, and for those lacking a smartphone or PC, the Foundation maintained an “analog” of contact through telephone calls. The online meetings gave the opportunity, even if mediated by a screen, to see and talk to each other and to continue the workshop activities. But at the same time, the loneliness and suspension of a routine, as well as a lack of attendance in mental health services, was still destabilizing for users and family members in particular.

Gianluca was especially affected by the lockdown and the lack of real connection, and after some time developed acute manifestations of impatience and depressive crises. At the outset, the conversations and contact made possible with technology contained his discomfort to some extent, but with the prolongation of the quarantine and isolation, it was no longer sufficient. Gianluca could no longer bear his anguish and called the operators of the Foundation saying that he was very ill and feared he would not be able to carry on. At this moment, Gianluca was first admitted to an emergency service and then to a residential facility.

The strong relationship the Foundation had built with Gianluca allowed them to stay in touch during all the phases of his hospitalization, both in the hospital and in the residential structure. The Foundation took every opportunity to involve him in the ongoing digital appointments. The road to virtual mental health support has not been easy and the new modalities posed a challenge for everyone involved. However, the shift also served as an opportunity for many to experiment with something new; operators and volunteers alike have reinvented themselves. They have used new forms to stay in touch and support users even from a distance.

As for Gianluca, he is a little better today. Through the Foundation’s digital meetings he is able to make himself heard, give daily updates on the state of his mental health, and end each call with the same question, “When will the workshops resume again, I miss them, I miss you!”

Carlo’s recovery through poetry and theater