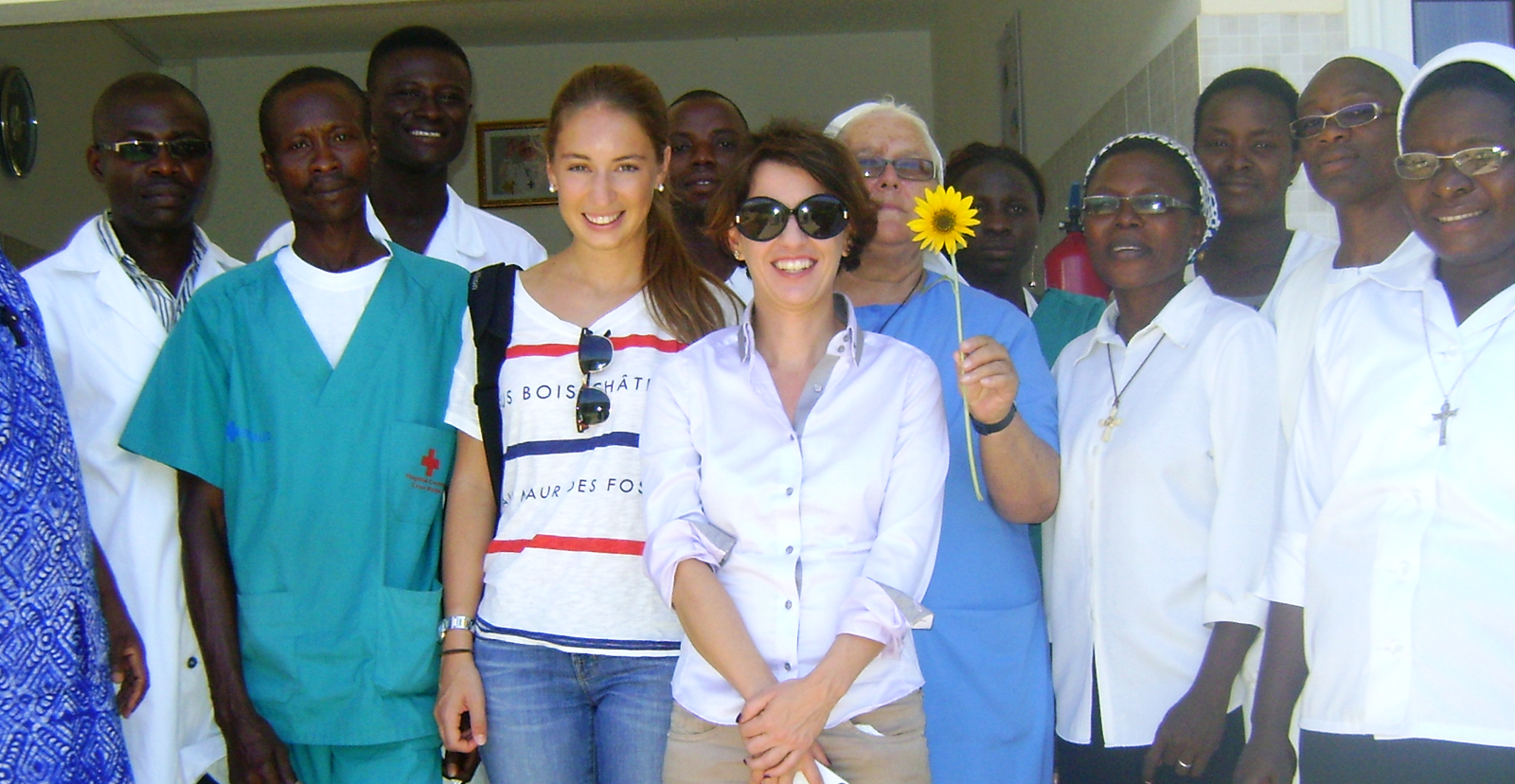 In October we flew to Lomé, capital of Togo, for the first time.

We were hosted by the Hospital Sisters of Notre Dame de la Compassion, who are active workers in the field of social and medical assistance. They work aiding the poorest and most marginalized members of Togo’s population.

Our first stop was the Hotel Dieu dispensary, opened by the congregation in the region of Momé Katihoé. Momé Katihoé has a population of about 40,000, spread out among its various villages scattered in the forest. The region lacks health infrastructure and has very little access to drinking water. As is usually the case in areas of extreme poverty, the alphabetization rate is extremely low, especially among women. The people of Momé Katihoé survive by cultivating small plots of land here and there.

At the dispensary, we were welcomed by sister Marie-Bosco. She is a nurse specialized in tropical diseases. As soon as she saw us, she told us about a miracle that had just occurred: a baby born of a difficult delivery had been reanimated with the few means they had available and was now sleeping peacefully in his mother’s arms, against everybody’s expectations.

The sisters in Momé Katihoé don’t only provide health assistance; they accompany the members of the population in their path to reacquiring dignity. Their solid, everyday company involves professional training as well as psychological and school support for the children.

After years of experience meeting the essential needs of the most vulnerable communities, the sisters realized they had yet to help an overlooked group among the marginalized: those suffering from mental disorders. For these Hospital Sisters mental health is not a luxury, even in extreme poverty. That is why they opened the Paul Louis Renée Center in Lomé at the beginning of 2013. The center is a community mental health clinic, directed by Sister Marie Viviane, psychiatric nurse.

We visited the center, the only one in a context such as Togo’s. Togo has only 4 psychiatric clinics and 3 psychiatrists to deal with the mental health needs of 6.6 million people. In the Paul Louis Renée Center, the sisters’ vision is that of an all-encompassing cure for patients suffering from mental diseases. Their project involves training qualified nursing staff and raising awareness against the stigma which is currently associated with mental illnesses according to traditional beliefs.

We are happy to announce that, in accordance with our mission, we have decided to start a new partnership with the Hospital Sisters of Notre Dame de la Compassion to support the Paul-Louis Renée Mental Health Center‘s first 5 years, starting early next year. We are excited about working with Sister Marie Viviane and the other sisters to provide community mental health care to the most needed in the warmhearted country of Togo.