As many of you may already know, the political situation in Burundi has been deteriorating since April, forcing more than 100,000 people to flee this year. In April, president Pierre Nkurunziza announced that he would seek a third term in office. While a second reelection is not foreseen in the country’s constitution, his allies say that his first term does not count, having been appointed by parliament and not by the people. The Supreme Court, however, confirmed his run for president as legit.

The international community has withdrawn the majority of its personnel and suspended aid to support elections. The UN and the African Union have withdrawn their election observers and have called for the parliamentary election to be postponed.

Nonetheless, the government rejected the demands, saying conditions were stable enough for a vote and that a delay could create a dangerous political vacuum.

Parliamentary elections held on June 29 gave president Pierre Nkurunziza’s ruling party (the CNDD FDD) 77 of 100 available seats. Presidential elections have been postponed to July 21. African nations attempted to delay elections until July 30 to give Ugandan President Yoweri Museveni time to try and mediate. The constitution, however, requires that an election is held at least one month before the end of the presidential term, which ends August 26.The situation remains tense and uncertain.

The events have shaken our local partner, AVSI, in charge of the MEO Center. The children daycare center that we have funded for three years closed for some weeks and is currently open only in the mornings. Monica Treu, AVSI’s Project Manager in Burundi reported:

“Many members of our staff are afraid to leave their neighborhoods for fear of finding themselves in the middle of the protests. We are worried for our children, who already live in precarious conditions. This emergency will render them even more vulnerable. We will do our best to give them adequate support.”

We shall be keeping you informed as the situation develops. In the meantime, you can read AVSI’s articles and accounts from Monica Treu (in Italian). 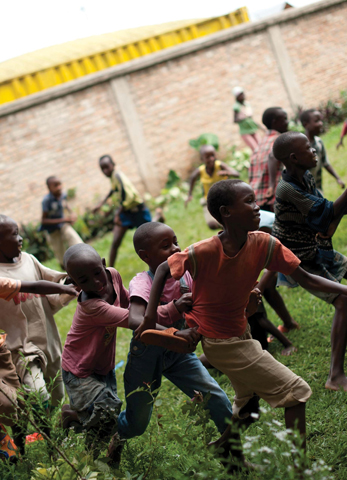