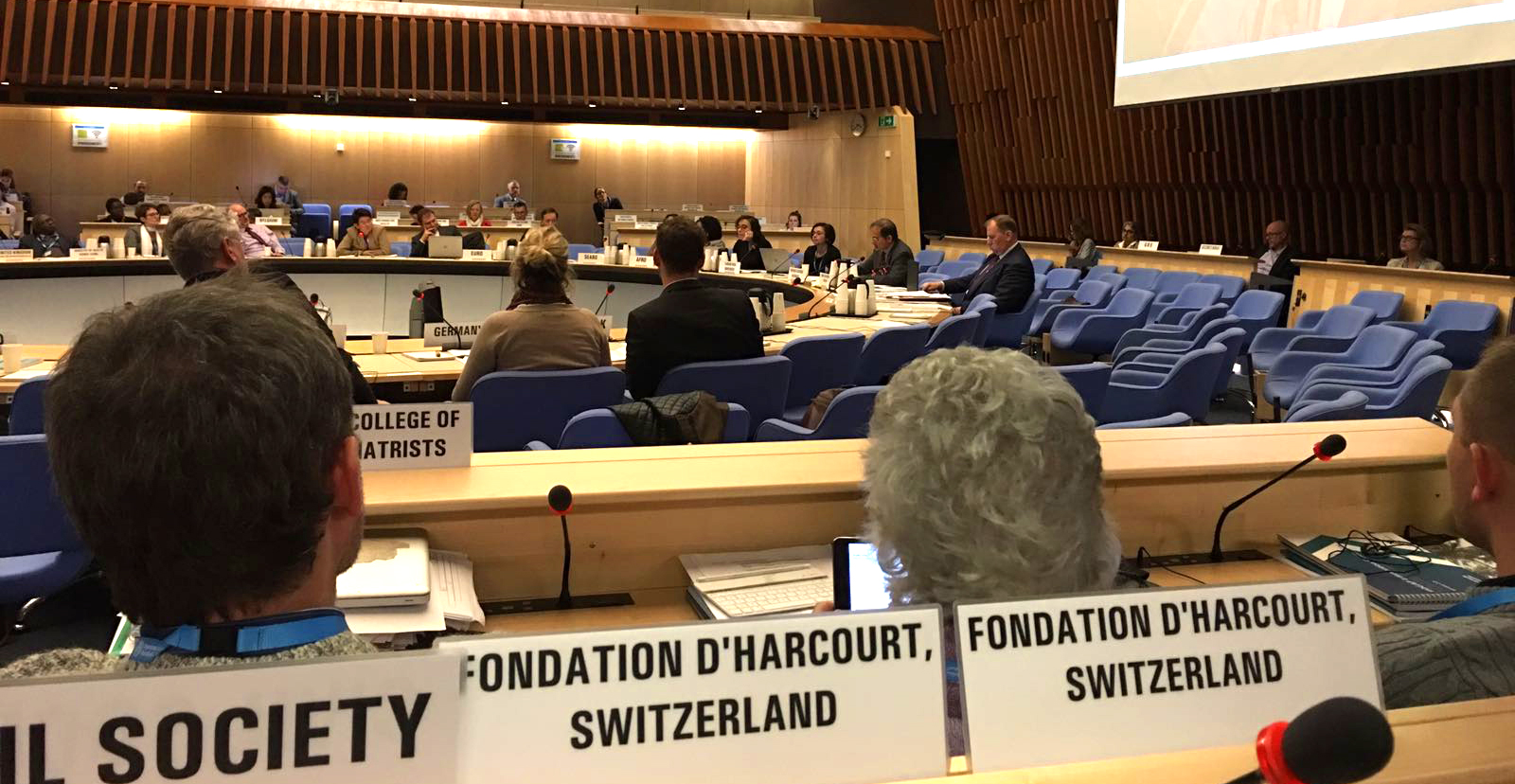 Fondation d’Harcourt attended this two-day workshop, which was presented by Dr. Saxena, Director of the Department of Mental Health and Substance Abuse (MSD). This year’s mhGAP Forum provided an opportunity for different stakeholders to discuss a variety of ideas regarding the implementation of WHO’s Mental Health Action Plan 2013-2020 and related topics.

The forum marked the launch of the new-and-improved mhGAP Intervention Guide (mhGAP-IG) version 2.0. This technical tool for non-specialist clinicians whose pilot implementation we supported a few year back in Ethiopia has been revised by multi-disciplinary experts. It is evidence-based, and the new version aims to increase usability on the ground.

Benedetto Saraceno, former director of MSD, introduced the launch with several useful observations, such as the need to culturally adapt interventions always, taking the local socio-economic context into consideration. A panel discussion followed with other relevant experts, such as Professor Graham Tornicroft, Julian Eaton, Rabih El Chammay, Devora Kestel and Pamela Collins. They all shared their experiences using the mhGAP at different levels: in the field, by the Ministry of Health, in distance training and in research.

During the workshop we also had the opportunity to celebrate World Mental Health Day, this year dedicated to Psychological First Aid. Dr. Leslie Snider gave a very comprehensive presentation on the process of grief, adaptation and growth that strengthen a person’s ability to cope with the new situation he or she is facing.

WHO also presented several scalable psychological treatments they are promoting around the world. Among them, they mentioned the computerized psychological self-help therapy to address anxiety and depression (E-mental health intervention) that we are supporting in Lebanon in collaboration with the Lebanese Ministry of Health.

A session was specifically allocated to the consultation on draft Global Action Plan on public health response to dementia. In the afternoons, we took part in some of the discussions that were organized around different topics, namely the community engagement toolkit for suicide prevention, WHO’s parents’ skill training program for developmental disorders, and adolescent mental health.

The forum closed with the launch of the campaign Depression: Let’s Talk, organized under the banner of World Health Day 2017 (to be celebrated on April 7), which will be dedicated to depression. The campaign’s objective is to spread the word and overcome the fear and stigma of depression and lend a hand to those suffering from it.

Changing perspective: the story of Andrea