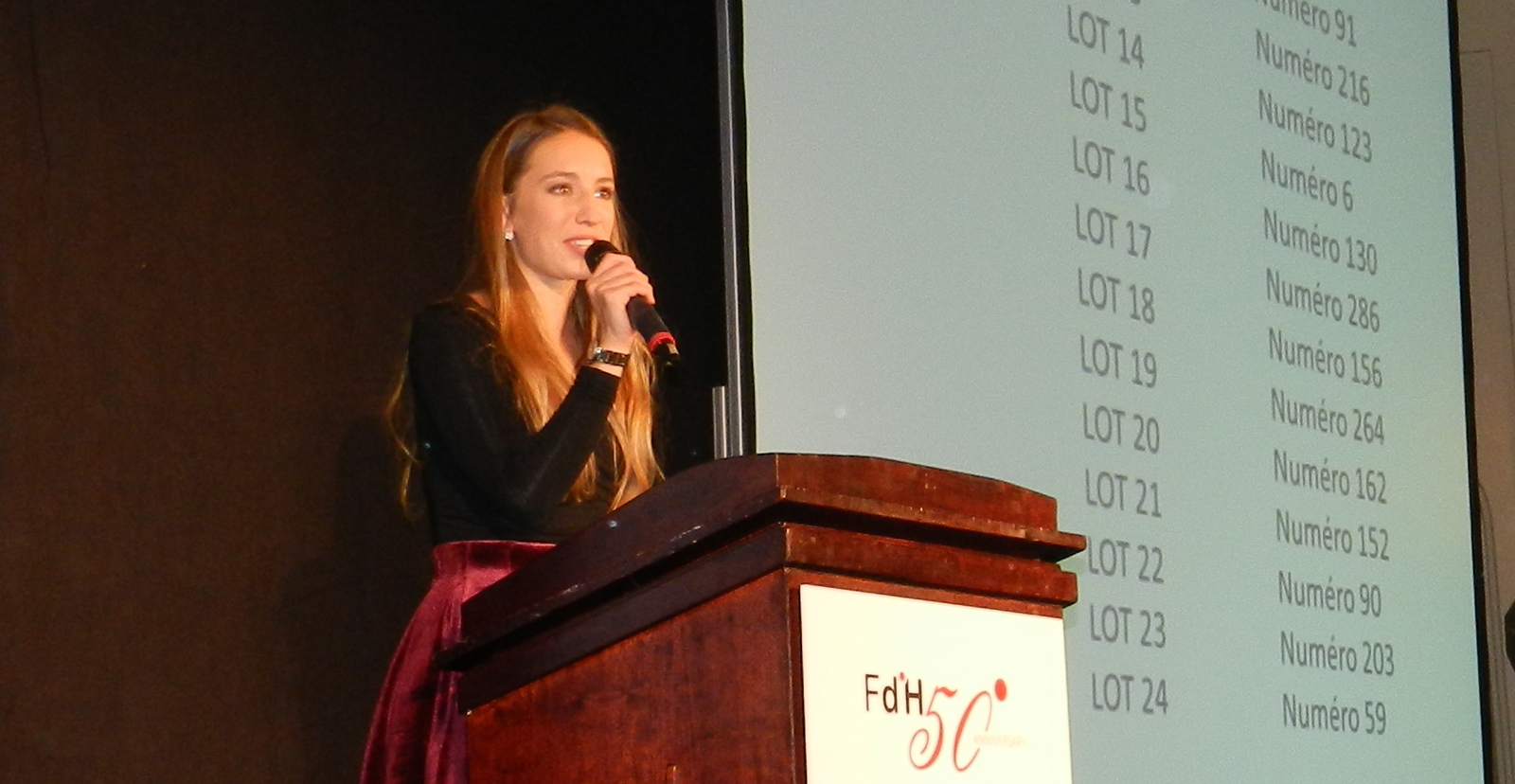 On 26 November Fondation d’Harcourt celebrated its 50th anniversary by organizing an evening event at Hotel des Bergues in Geneva. Attended by around 200 people, it was a very special night dedicated to mental health.

During the cocktail hour, a photographic exhibit provided guests with a beautifully artistic journey through the projects that the foundation has supported over the years. Photographers Brett Morton, Alison Wright, Alexis Duclos, Nick Loomis and Cedric Vincenzini were included, among others.

The seated dinner that followed included a series of guest speakers who gave faces to the foundation’s and its partners’ efforts, as well as to the various aspects of mental health.

Fabio Montauti d’Harcourt, president of Fondation d’Harcourt, opened by looking back at the foundation’s evolution over the last ten years. Director Gaia Montauti spoke about how paradoxically neglected mental healthcare is worldwide and how important it is. Not only is one fourth of the world population is affected by a mental health disorder, but half of those affected in high-income countries, such as Switzerland, are reluctant to seek help. The stigmatizing discrimination that surrounds mental health in every society in the world is unfortunately as important as the number of mentally ill persons suffering grave violations of their human rights.

Dr. Julian Eaton, CBM’s Senior Health Advisor and university lecturer, gave an inspiring speech mentioning the significant steps that have been carried out in global mental health and how Fondation d’Harcourt has understood the need of scaling up access to services, mentioning MhGAP in Ethiopia as an example.

Federica Giannotta, advocacy and program manager for TdH Italy, spoke about project FARO and the dramatic conditions in which unaccompanied migrant children from Africa find themselves when they land on the shores of Italy. This project is the result of a partnership between FdH and TdH Italy to provide psychological and psychosocial support to minors in first aid reception centers. Given the need to increase support for this project, a raffle was organized which allowed us to gather about 25,000 CHF.

We take the opportunity to thank once again all of Fondation d’Harcourt’s friends and supporters and we are looking forward to the next 50 years of collaboration.